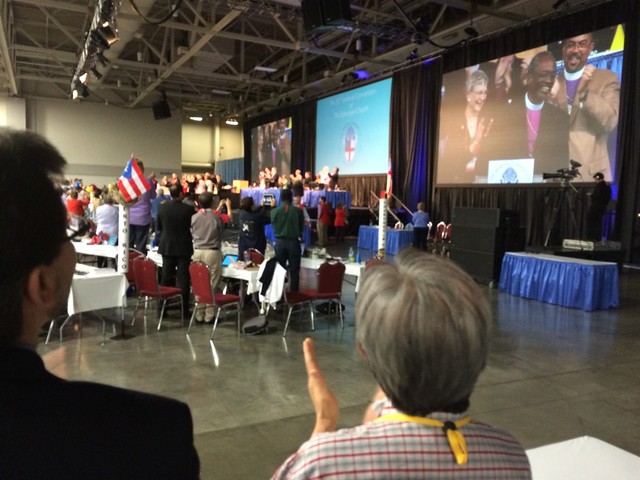 The big news today at the 78th Episcopal General Convention (GC) in Salt Lake City was that we elected a new Presiding Bishop (PB) to a nine year term.  Bishop of North Carolina Michael Curry was the favorite for our Deputation from the Diocese of El Camino Real (ECR). He was elected with overwhelming support on the first ballot:

Bishop Michael Curry is the first African-American PB and, in fact, the first PB of color. We are trying to find out if any other PB in history has ever been elected on the first ballot. The process is that the House of Bishops (HofB) elects the PB and then the House of Deputies (HofD) votes to confirm. The Rev. Gay Clark Jennings (President of the HofD) lead the celebration of the 230th anniversary of the House of Deputies while we were waiting for HoB to send news of their election. The HofD dates from 1785 and is very proud of being four years older than the HofB: the House of Deputies  is referred to as the “elder house”. After the anniversary party, the HofD refused its President’s strong suggestion that we go to lunch. We sang “We are all together” at her until she relented and let us consider more resolutions until the big PB vote.  There was great rejoicing  after our quick and extremely positive confirmation of the HofB election of Bishop Curry.

In the afternoon after the PB election (and lunch), the Rev. Tom Sramek and I walked down the hall to sit in the audience area of the House of Bishops – to see the Diocese of El Camino Real‘s Bishop Mary working among the purple people. (The traditional color for Bishops to wear is purple – and most of them do.) The Vice President of the HofB was presiding. Some of the differences I saw:

After our visit to the HofB, it was time for the ECR dinner where Bishop Mary hosted us in celebrating our new PB! 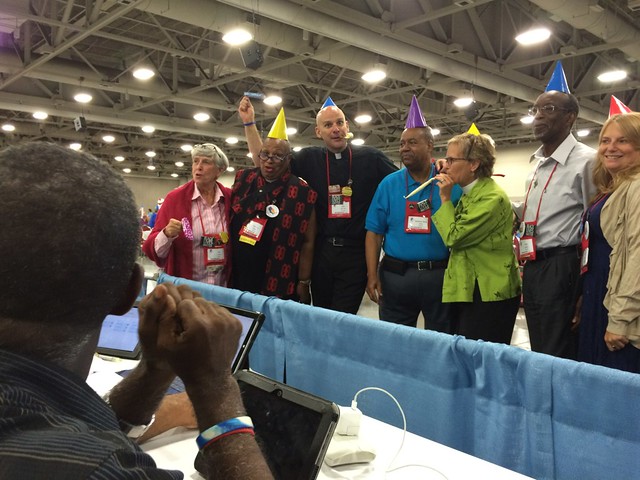 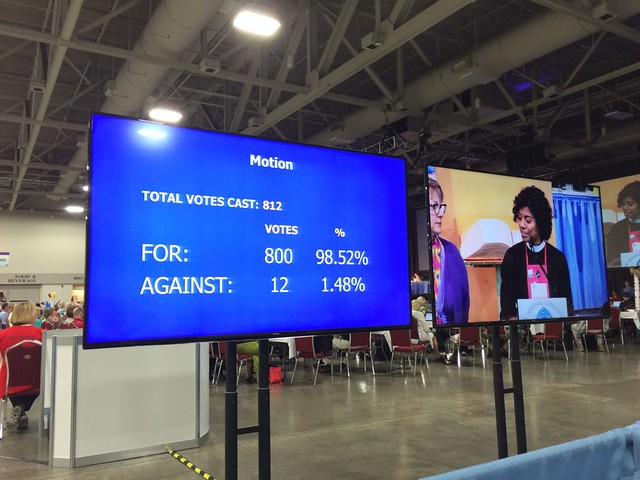 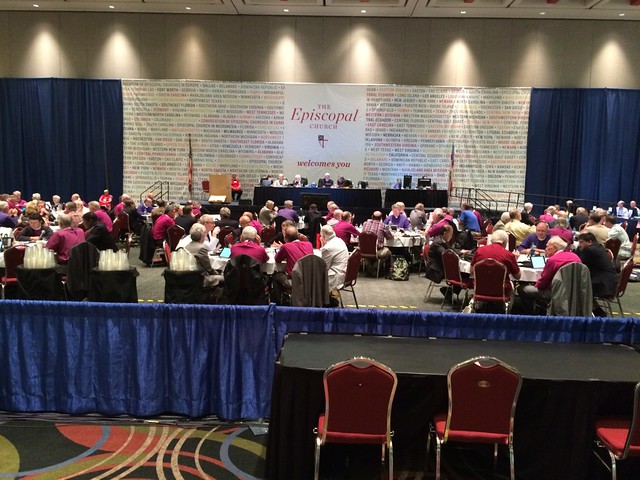 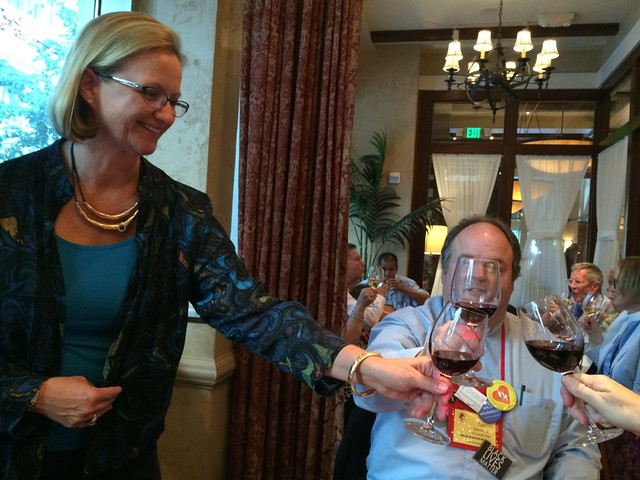