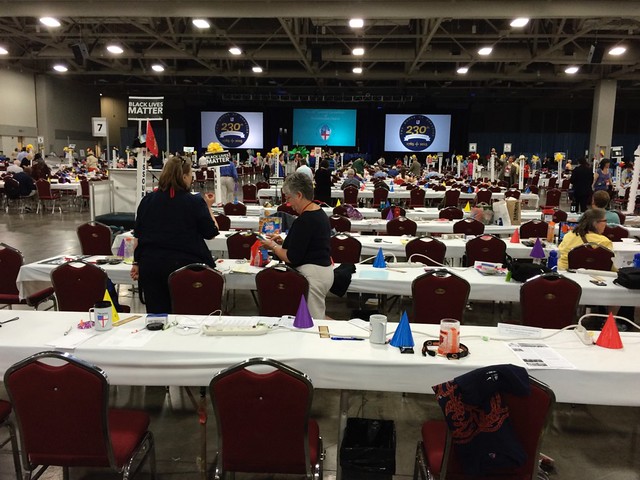 Today, the 78th Episcopal General Convention (GC) got into some of its bigger legislative discussions. Our Deputation is here in Salt Lake City, Utah, from the Diocese of El Camino Real (ECR) on the Central Coast of California.  I wrote on June 18 that most of the discussions this past year among the ECR Deputation members have been about the serious issues to be considered by this legislative body that meets every three years, especially:

On 27 June, Bishop Michael Curry was elected to become Presiding Bishop. General Convention has been holding hearings and committee meetings for the last week and is starting to make decisions on the remaining major issues.  Today was the first day that the Rev. Tom Sramek and I moved from the outer darkness of the Alternates seating onto the hallowed floor of the House of Deputies – as actual Deputies. We replaced Jeff Diehl and the Rev. Rob Fisher for today so that they could sit in on House of Bishop discussions.  To change status from Alternate to Deputy requires the signature of our Head of Deputation (the Rev. Maly Hughes) or of Bishop Mary Gray-Reeves and must be done well before the legislative session starts.  Jeff and I, and Tom and Rob had to get all of our paperwork done before 7:30 this morning.

After getting a new red and white Deputy badge to replace my yellow Alternate badge, I sat in on the “Formation and Education for Ministry” committee of which Bishop Mary is a member.  The resolutions discussed included: financial support for immigrants and undocumented college students, and General Theological Seminary  (GTS) management, style, and financial relationship to General Convention.  Morning committee hearings were followed by worship service and then we went into the first to two legislative sessions for the day.  Elections held by the House of Deputies today included Executive Council (lay members only – clergy members were elected yesterday), GTS Trustees, members of the Disciplinary Board for Bishops, Treasurer and the Vice President for General Convention.

In addition to elections, House of Deputies also approved or concurred with the House of Bishops on resolutions on some key topics today, including:

Tom and I both spoke to the House of Deputies in support of resolutions where our experience and understanding could further the discussion. After the legislative session ended, John Plocher and I went to the celebration of the 40th anniversary of the Education for Ministry program by the University of the South – School of Theology.

A sideshow are the continuing problems with the ECR Deputation’s hotel which has been having catastrophic plumbing problems, including an exploding boiler causing fire alarms in the middle of the last two nights. Cold showers and interrupted sleep have not made us big fans. 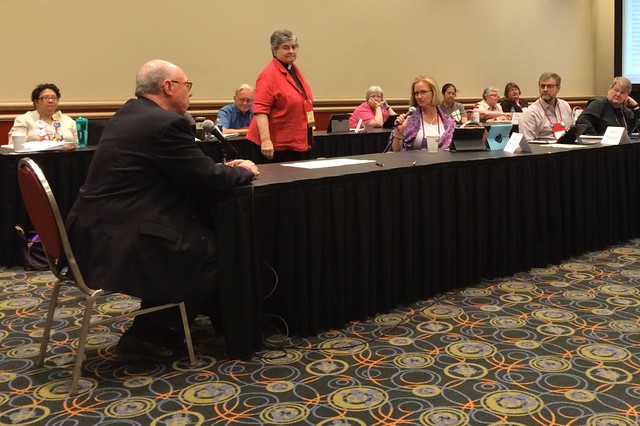 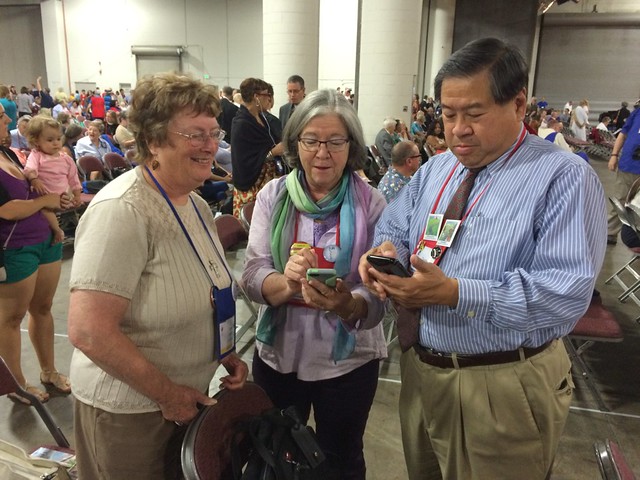 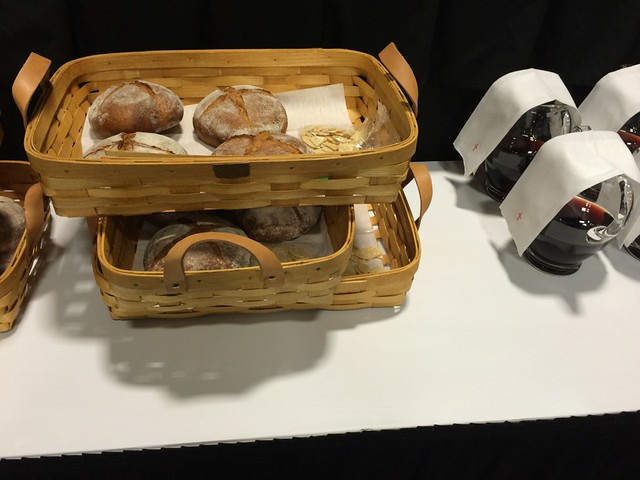 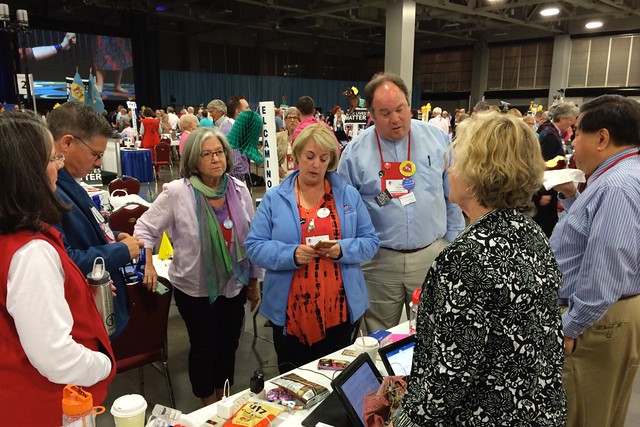 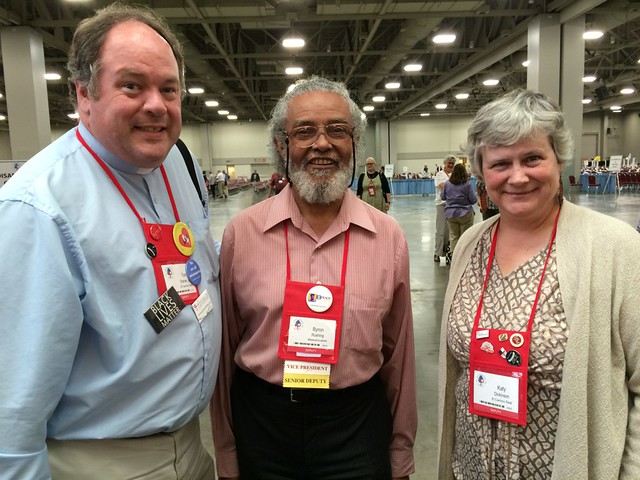 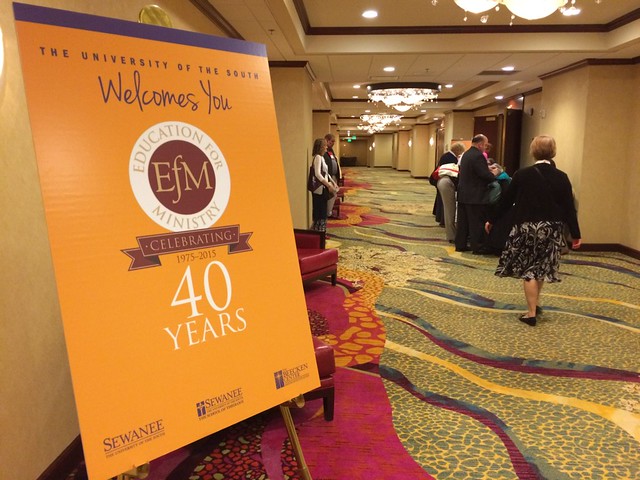