Now that I’m back in the office at church, am over the slight jet lag I had, and have had at least a couple of days to reflect on the 11 days I spent at the 78th General Convention of The Episcopal Church, I thought it might be appropriate to offer a few thoughts. If you would like a summary of some of the major actions of General Convention, let me direct you to this link that will give you a full rundown. This post is simply some personal reflections. 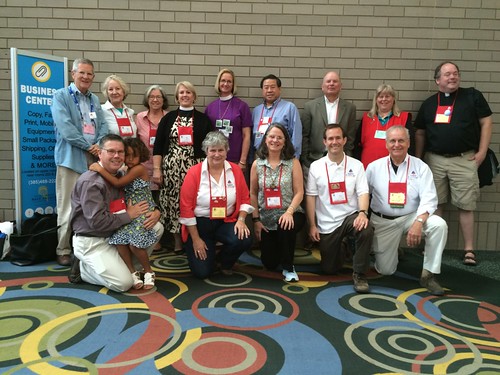 Our Deputation…and other ECR people!

You can be justifiably proud of El Camino Real’s deputation at General Convention. As a first-time alternate deputy, I was impressed with how well we all got along, how much sharing of the elusive General Convention spotlight there was, and how we genuinely enjoyed one another’s company.  I also want to recognize the many members of the diocese who were at General Convention as volunteers, Episcopal Church Women (ECW) representatives, and worship assistants. I don’t know about other diocesan contingents, but ours was first rate! 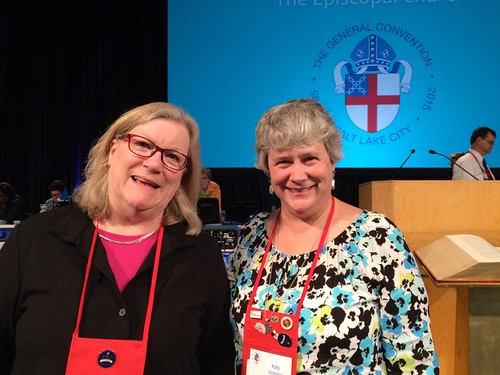 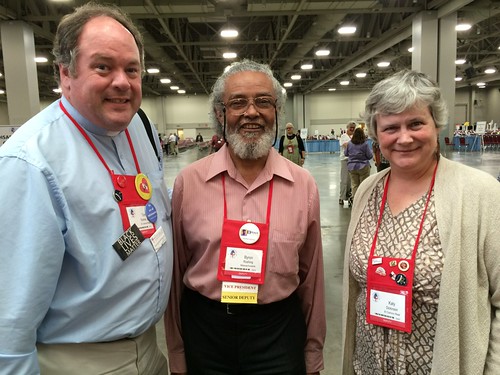 Make no mistake, General Convention is a legislative marathon. Even before the official “first legislative day,” there are legislative committee hearings and work being done on the hundreds of resolutions that must be dealt with. In the first few days, I heard more than one deputy and bishop remark disparagingly about the sheer volume of work to do in a very limited number of days. Legislative committees sometimes began their hearings at 7 a.m. and many evening hearings and events didn’t conclude until the lights were almost literally turned off at 9 p.m., making for many twelve hour days. Clearly there needs to be some method of shrinking the work to be done so that people who don’t work for the church don’t have to take two weeks of vacation in order to be at General Convention. Trust me, it’s no vacation!

That being said, it was my experience–and that of several others I heard as well–that this was the most pleasant and congenial General Convention in many, many years. A major part of that was the graceful and humor-filled demeanor of The Reverend Gay Jennings, President of the House of Deputies and Byron Rushing (above, with Katy and me), Vice-President of the House of Deputies. This convention began with an entire rewrite of the “Rules of Order” which govern how the House of Deputies does business–a revision in which President Jennings took an active role. Both Jennings and Rushing led the deliberations with both control and good humor. While we did, on occasion, get caught in some procedural snafus, most of the time things proceeded quickly but with plenty of time for discussion and debate. For a grueling marathon, it was not an unpleasant experience. And, we had a little fun as well, as this video demonstrates (ask anyone who went about this song):

If you would like a really good view of the debates on the liturgical and canonical resolutions on marriage, check out this series of four videos of the report’s presentation (from the Special Legislative Commission on Marriage, of which Jeff Diehl was a part). These are recordings of the actual report presentation and discussion and they are worth an hour of your time. Both Katy and I watched this unfold from the Alternates seating section (for some reason, all of our deputies wanted to be on the floor for this vote!) and great care was taken to respect all sides of the debate while acknowledging that the church was likely to move towards marriage equality. The vote was decisive, though hardly unanimous. Afterwards, no cheering or celebrating was permitted on the floor of the House of Deputies, though there was much celebration off the floor. There was also a dissenting opinion filed by 20 bishops as well as a “mind of the House” resolution by the House of Bishops acknowledging their  brother bishops’ position and valuing their contributions.

As if those conversations were not enough, General Convention also passed a series of restructuring resolutions–defining the purpose of Provinces, clarifying and somewhat restructuring Executive Council, and deleting all but two Standing Commissions. What struck me most in some of the debates was the relative youth of those speaking in favor of keeping the structure as it is. Almost half of the deputies at this General Convention were first time deputies and almost two-thirds of them were either first-time or second-time deputies. This was definitely NOT the General Convention of the 1990s! 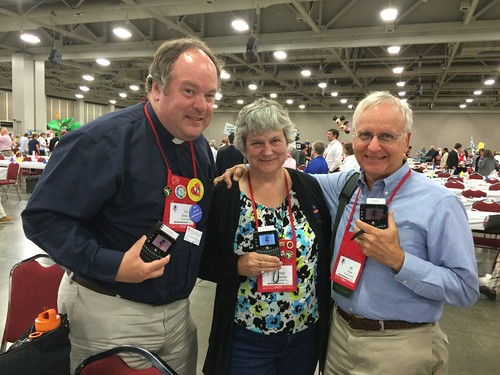